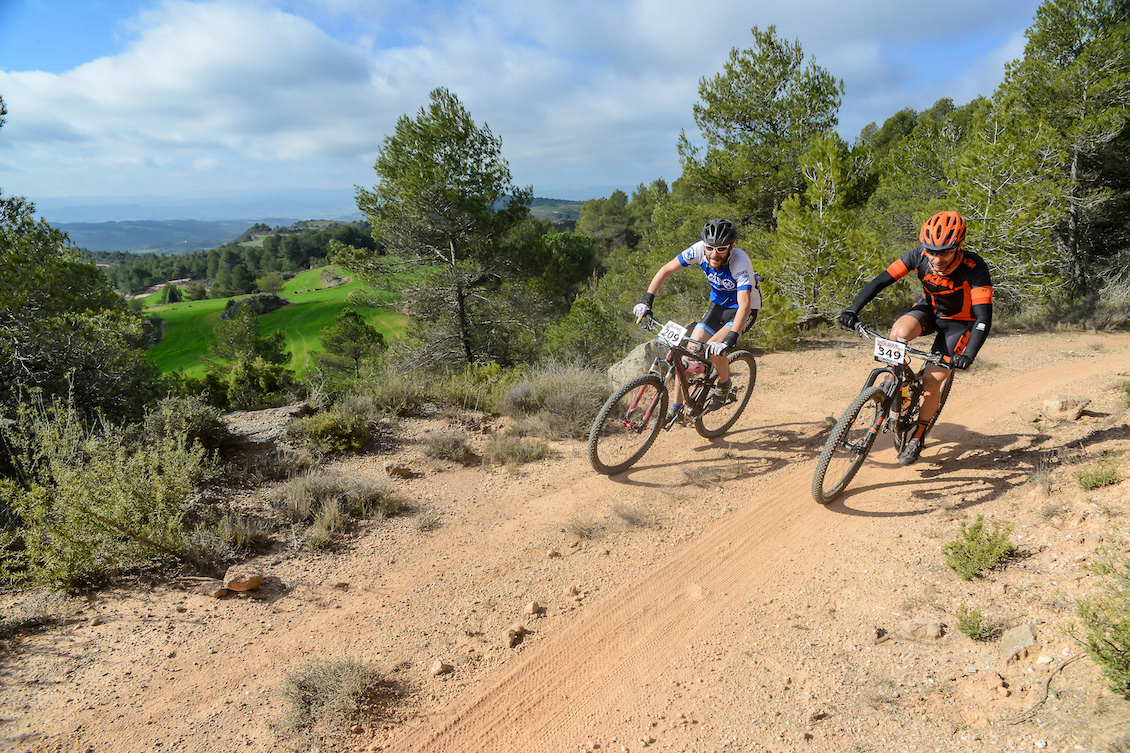 How could we enjoy the easter holidays? ...obviously biking! Being involved in Volcat btt 2016 means racing during 3 days of XC Marathon. The VolCAT is a tour for everyone, each at their own pace, with their own expectations and level. The weather has been simply perfect under a clear blue sky, no rain and no wind, what else !? In this post, you'll find out how it turned to be racing and some videos that will give you an accurate approach of what's been going on this Easter in Catalonia.

The race started on friday morning with a 55k stage that had +1450mts gain. It seemed affordable, but it ended being very demanding because of the constant changes of slopes. The start was set up in categorie boxes and the 600 bikers were thrilling to start at 9h30. Neutralized start until the surrounding area of Igualada city, the trails were quite technical at some points, where the bikers had to give their best to go through those amazing sections. Our rider was not in the best shape after his crash in Andalucia Bike Race a motnh ago, but the motivation was very high and he pushed to his limit until a puncture stopped him 10k before the arrival. He maanged to fix it and after 2 minuts, he was abble to finish the stage.

The second stage started a bit earlier (9h00) and the riders had to go to the correct box according with the first stage results. That was the longest day, with almost 78k and +2500mts gain, so that was the biggest challenge in Volcat. It was likely to have 2 rides in one day, and once the riders reached the km40, a long uphill was awaiting for us and lasted until km 55 where the profile showed a long final descent -with one tricky climb 10km before the arrival, typical of the topography of the area-. This was an excellent biking day, sharing pedals with Carlos from KTM Industries for a while (both on the picture).

Finally, the third day was the shortest and clamed one, lasting for 40k an +1000mts gain. This stage was very fast, taking lots of fast paths and some flowy singletrails where the average speed was very high. This was easier but all the riders had to pay lots of attention because of the speed. The main descent was  quite technical. We ended the race with new trails on our minds, new friends and having accomplished a very good training for the spring season.